For more than thirty years, Cormac has been fascinated by how people and places weave together to find common purpose. Like a three-legged stool, the themes of people, place, and purpose have grounded and defined his life and work. He was raised in County Limerick, in the west of Ireland, in the village of Patrickswell.

In the early 1990s, Cormac began working with the Irish Health Board, as it was known at that time. Professionally trained in therapeutic approaches and psychological models, he worked with children and young people who were wards of court, attempting to support them into community care settings in neighborhoods, as far away from formal institutions as possible. It was here that he learned the limits of institutional interventions, especially well-intended ones. It became painfully clear to him that taking young people who had experienced profound disruption and trauma and placing them in a new house in a strange neighborhood with others who had similar stories was not a genuine expression of “community care.”

This work triggered a question that haunted him for many years and still drives him to this day: How many others are at the edge of our communities, living in our neighborhoods, but apart from us in every other sense? This question has come to define Cormac and his work. It was on the back of this question that he discovered John McKnight. Cormac and John’s connection blossomed into a deep friendship and working collaboration that has spanned more than two decades.

In 1996, Cormac established Nurture Development, a social enterprise dedicated to discovering meaningful ways to build communities from the inside out, with a real welcome for the stranger at the edge. Since then, his work has contributed to the emergence of more community-centered approaches in four continents. In 2015, he published Asset-Based Community Development: Looking Back to Look Forward, which provides an insight into the intellectual heritage of ABCD and traces the people who had the most influence on John McKnight’s thinking.

In 2020, Cormac published his second book, Rekindling Democracy: A Professional’s Guide to Working in Citizen Space, in which he sets out his vision for deeper local democracy and argues that the way to get there is to realize that neighborhoods are the most important unit of change.

It in this book that he addresses the third leg of the stool: purpose. Writing The Connected Community with John has enabled Cormac to bring the three legs of the stool even closer together. His curiosity about people has settled on the question of the Connected Community. His focus on place has landed on neighborhoods, and his interest in purpose has become about restoring a culture of community.

Cormac lives with his wife, Colleen, and their children and neighbors in South County Dublin. You can visit his website at nurturedevelopment.org and communityrenewal.learnworlds.com 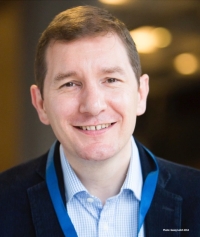 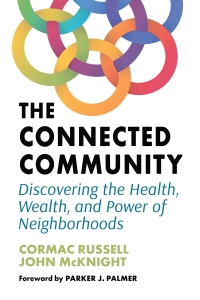